The Serendipitous Schminnow by Norm Zeigler 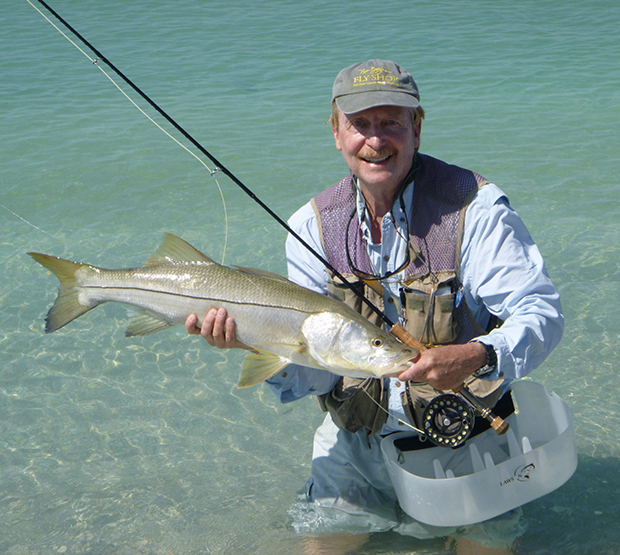 Some of the best flies contain an element of luck in their development. Al Troth once told me that he invented the Elk Hair Caddis as a wet fly but could not make it sink. My Norm’s Crystal Schminnow also fits this category.

This unprepossessing streamer pattern — which I invented 18 years ago for snook — has also caught 63 other species in fresh and salt water, from blowfish to stripers, steelhead and even sailfish.

The Schminnow was born about a year after my family and I moved to Sanibel Island, Florida. I had begun sight fishing for snook along the beach near our home and was unsatisfied with the local tackle shop’s fly selection, heavily weighted (pun intended) toward Clousers and a few Deceivers. I had observed that I got many refusals when I cast to cruising snook and that, in the case of Clousers, the fish would often spook if the fly landed closer than six or seven feet. There had to be a better way, I thought. 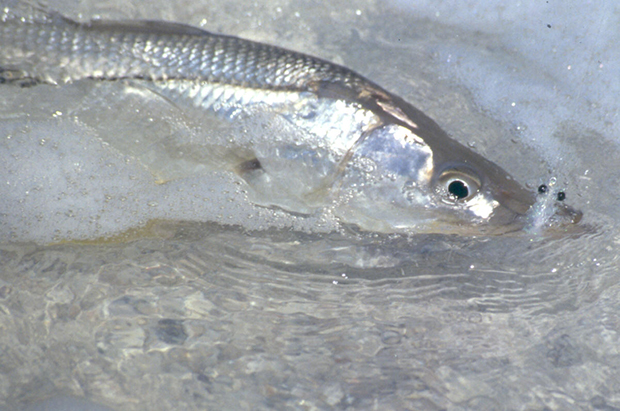 From May through October, enormous numbers of snook cruise the Sanibel Gulf shoreline, spawning periodically in shallow water and feeding mainly on baitfish – scaled sardines, threadfin herring, glass minnows, finger mullet and others. When the water is clear – some years more than 20 days a month – it makes for some of the most exciting fly fishing anywhere.

This is run-and-gun fishing. Singles, doubles, triples and schools cruise along the beaches, usually five to 35 feet from shore. Because snook are always on the move, anglers must time their casts accurately, dropping their flies on a diagonal about three feet in front of the fish and stripping them away. If the cast and the fly are good, one or more snook will often shoot ahead to grab at the fly. After the strike and a hard strip-set the fight is on. These swift, powerful, hard-fighting aerialists make even the most jaded anglers smile.

In my early snook days, fishing was hit or miss. Often the chartreuse and white Clouser would plop and the fish would head for Cuba. Many of the Deceivers seemed overdressed: multiple hues of bucktail, peacock hearl backs, red hackle feathers under the chin. Many snook swerved around them or simply ignored them. I began to strategize and recalled Thoreau’s adjuration: “Simplify, simplify.”

Most of the baitfish were light colored – white-silver, translucent-silver, pearl white, sometimes silver and light green. Like the snook, they cruised the beaches suspended in the shallow water column. A suspending streamer in a light, bright color seemed a logical choice for a fly pattern. 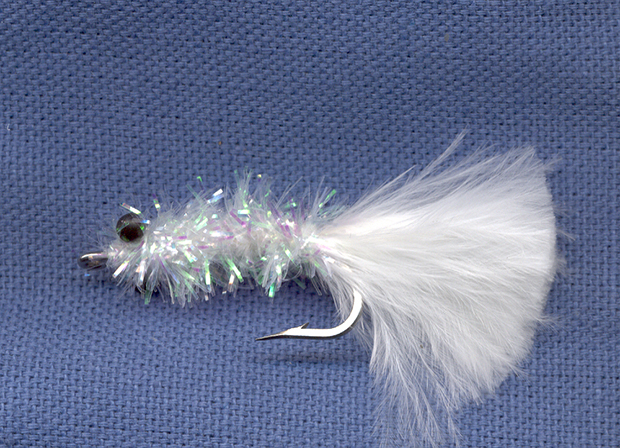 I searched out a couple of shops that carried tying materials and was intrigued by the pearl-white Crystal Chenille. It sparkled and glimmered like a baitfish in the summer sun. Maybe it would make a good body material. White marabou seemed to complement the chenille as tail material. I also remembered that some saltwater anglers would not use “blind” flies and followed the mantra, “The eyes have it.” Chenille did not lend itself to stick-on eyes, and I did not want anything to do with the clunky lead dumbbells used on Clousers. I knew that some tiers burned monofilament ends to make shrimp-fly eyes.

Back home at my vise, I cobbled together an amalgamation that might have been mistaken for a sad-sack Wooly Bugger without the palmered hackle. I used matches to burn the ends of half-inch-long, 40-pound monofilament pieces and create little bulbous, dark brown eyes that I tied on with figure-eight wraps. Before I took the fly out of the vise I looked it over and decided it was longer than most of the baitfish so I clipped the marabou tail to make it the same length as the shank of the hook.

That serendipitous decision to get rid of the long, snaky tail was one of the most important in the evolution of the fly. When I took it to the beach the next day I observed immediately that the short tail pulsated when it was worked in the water, collapsing when the fly was stripped and flaring open when it was paused. Marabou, as most of us know, comes alive in the water as only a few other materials do.

The first snook I cast to came tearing across the surface of the water to snatch the fly and since then thousands of others have smacked, attacked and devoured it along beaches, in mangrove pockets, around oyster bars, near sandy potholes, and in canals, creeks and bayous. If there is a better snook fly, I have not found it. Other game species that inhabit the same marine environments as snook – i.e. spotted seatrout, redfish, jack crevalle – also hammer it.

I have caught more than two-score species with this fly and other anglers – from the Baltic to Great Lakes steelhead streams – have rounded out the total to 64. Rainbows in Montana stillwaters love it. So do largemouth and smallmouth bass. Stripers eat it like candy, albeit on a bigger hook (2/0). I caught my biggest cutthroat on this fly on the North Fork of the Blackfoot River near Ovando, Montana. Peacock bass and bonefish have also fallen for it.

This fly does not match any prey species exactly, but hints at both crustaceans and baitfish, so it seemed logical to call it a Schminnow – part shrimp and part minnow. I used the quirky Teutonic spelling because of my 15-year career as a journalist living in Germany.

The Schminnow is not only one of the most effective streamers, it is also one of the easiest to tie. When I hold fly tying classes in my shop it is always the first pattern beginners tie. These days I use the ready-made black monofilament eyes (size Large) sold in most fly shops instead of burning the mono myself. 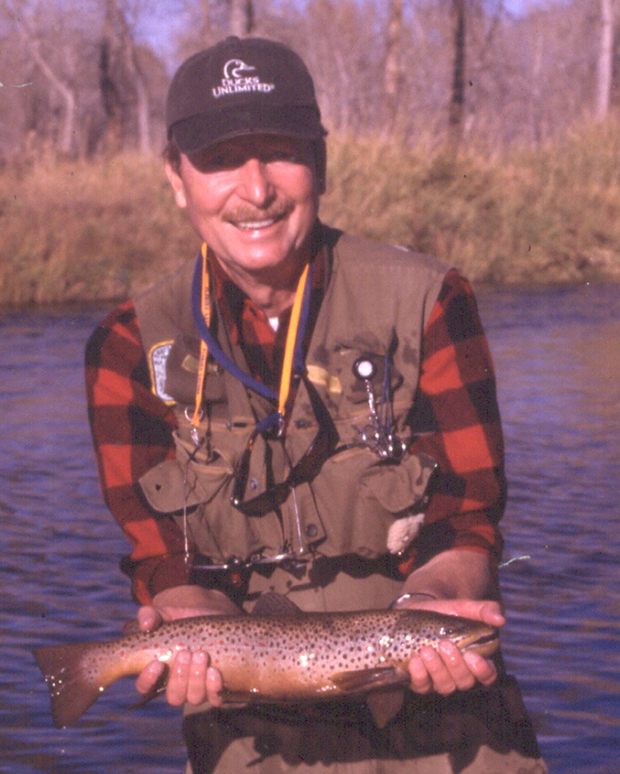 Norm Zeigler owns Norm Zeigler’s Fly Shop (www.normzeiglersflyshop.com) on Sanibel Island, Florida. He has written for most of the top fly fishing magazines, as well as the New York Times, and has had two books published: Rivers of Shadow, Rivers of Sun: A Fly Fisher’s European Journal and Snook on a Fly. His third book, Famous Fly Fishers: Highly Accomplished People Who Love the Quiet Sport, will be published in fall 2014 by Headwater Books