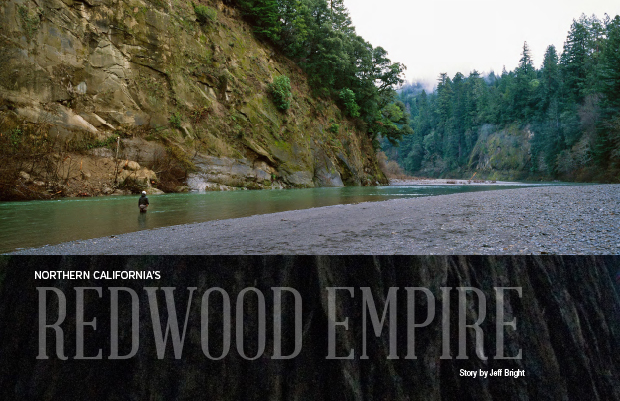 Prior to the 1849 gold rush and subsequent lumber boom, the coastal rim of California from its northern extreme 450 miles south to Monterey Bay was cloaked in a blanket of massive redwood trees. Many stood over 300 feet tall and over 20 feet in diameter. The oldest individuals dated back to before the time of the Roman Empire. Flowing amongst the two million towering acres were numerous rivers hosting what were undoubtedly some of the most prolific runs of steelhead, chinook salmon and coho salmon in the history of these iconic species. Today only 5% of these ancient forests remain. Similarly, the great runs of fish survive only in vestigial form. In 165 years much has vanished—but not before the region could incubate one of the sporting life’s great pleasures; Northern California’s Redwood Empire is the birthplace of steelhead fly fishing. 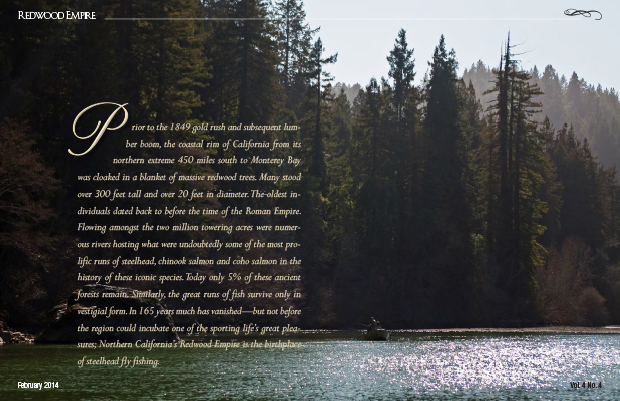 On the Eel and Klamath rivers, early methods for catching steelhead on a fly were pioneered. With miles and miles of perfectly formed riffles, and a prolific population of aggressive, summer-returning 1- to 2-pound “half-pounder” steelhead and 4- to 6-pound adult steelhead, the Klamath was a laboratory for classic wet fly fishing. Here famous patterns such as the Silver Hilton were brought to life. Further south on the Eel, summer and fall run fish were available, as well, but the bigger draw were large winter-run steelhead. After the January rains began in earnest, without modern sinking lines, fly fishing was for all practical purposes over. But in late November and through December, the broad lower Eel was typically in perfect shape for coaxing a big steelhead from deeper water on an Eel River Optic, the predecessor of today’s ubiquitous quick-sinking, beadhead flies. Many of today’s steelhead flies can trace their lineage to the Hilton, the Optic and to the most popular Northern California steelhead and salmon fly of all, the Comet. 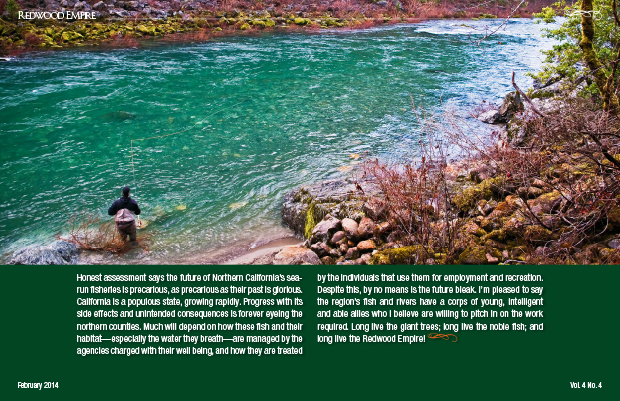 To read the rest of the story and more great articles go to www.thecontemporarysportsman.com