On the Waterfront // Skinny Water: A Turning Point for Western States :: Russ Schnitzer 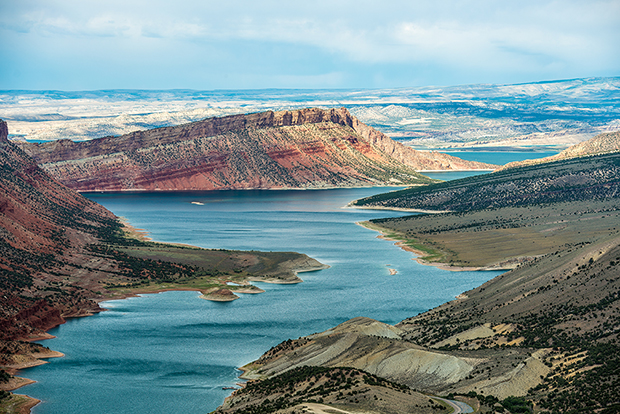 Leonardo da Vinci is credited with the quote: “Water is the driving force in nature.” In many ways this is irrefutable, particularly when considered from a human perspective. Coastlines and major rivers have defined the patterns of human development spanning thousands of years. The relatively brief post-Plymouth Rock history of the United States of America is a prime example. European settlement of this country began on the eastern seaboard. The new arrivals were bound by water. 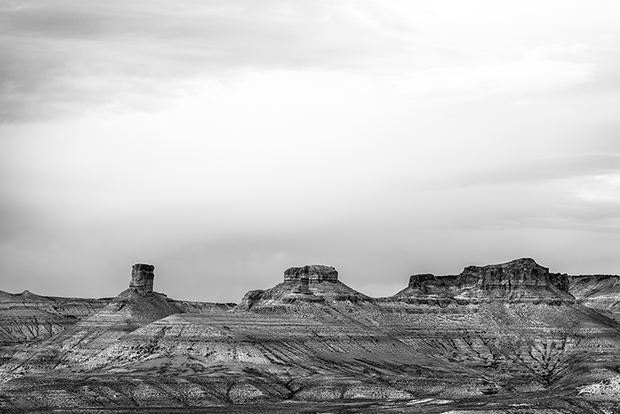 Supplies from Europe were tied to newly established ports, and trade among colonies was conveyed by boat, ship, and barge. Then, as now, such proximity also meant easier access to drinking water, and water for the cultivation of crops. As the new colonies became well established, new settlements spread north and south along the coast, and inland following the courses of navigable rivers. Our ancestors could hardly conceive of the possible breadth of lands to the west. And yet, in retrospect, it seems there was some innate drive that compelled certain folks to push on to new frontiers. Westward paths followed river valleys, slowly down to the belly of the great Mississippi, then ascending the Missouri, Arkansas and Platte toward the vast Great Plains.
Several generations following the Oregon Trail emigrants saw the interior West largely unsettled, raw and wild. Though rail made it possible to sustain interior settlements, these were still delineated by rivers, and the water required by people to live, raise livestock, and propel the steam engines that knit together these hardy souls. Expanses between reliable sources of water remained untamed, burdensome and sometimes grueling treks between western oases.

Lately, we’ve largely broken out of that pattern. Make no mistake; there are still enormous chunks of western real estate that are not exactly friendly toward permanent human habitation. Consider Wyoming’s Great Divide Basin, Utah’s Great Salt Lake Desert, and Nevada’s Black Rock Desert. On the other hand, look at the phenomena represented by Phoenix, Arizona and Las Vegas, Nevada. These are major population centers made possible by human engineering, bringing in water from elsewhere to supply their still-growing populations. My home base, Denver, Colorado, is often perceived by folks living in other parts of the country to be an alpine idyll—snow-capped peaks and all of that. It’s baloney. The greater Denver metro area, along with Fort Collins to the north and Colorado Springs and Pueblo to the south, exist in arid scrubland. Millions of residents and anything green (yards, golf courses, medians, etc) rely on water diverted from western Colorado rivers and reservoirs. The same is largely true for eastern Colorado agriculture, which uses a big chunk of the 85% of Colorado surface water diverted by agriculture.
If you’re somewhere other than the interior western U.S. as you read this, you may be unaware of the major drought that has gripped much of the region. Extending from west Texas through Arizona, and north in to Wyoming and Utah, all who rely on water borne from the recently paltry Rocky Mountain snowpack are, or should be, in crisis mode. In simple economic terms, demand outstrips supply. Even modest population growth projections suggest that this crisis may persist well in to the future. In response, western municipalities are clamoring for a “new water supply.” This means anything from dragging icebergs from Alaska down to the West Coast to pipelines sucking water from the Missouri or Great Lakes. Somewhat less sensational, but still a cause for concern, are persistent proposals to divert even more western slope water—water in rivers that would otherwise attempt to run toward the Pacific Ocean—to the eastern side of the Continental Divide. For farms and ranches on the western side of the divide, this means less water. Less water means pulling acres out of production, selling off livestock and, increasingly, selling off the whole outfit because it no longer makes any damn economic sense. Without water, it’s game over. 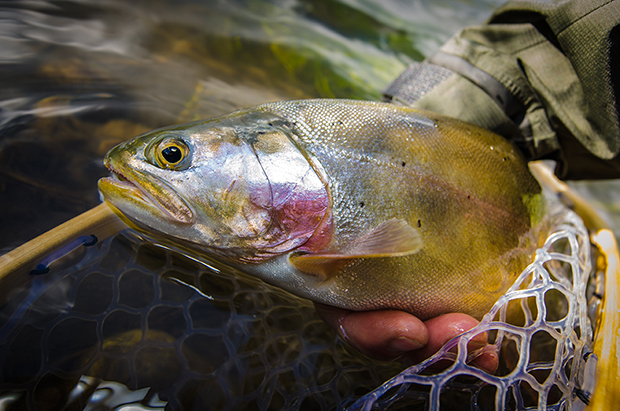 States are working to pull together the varied and disparate interests involved in meting out, using and managing precious water resources in order to come up with comprehensive plans to satisfy the needs of municipalities, while also sustaining agriculture. In these early stages, there is plenty of enthusiasm for “low risk” and “no risk” water solutions—agricultural efficiencies, municipal conservation, reuse and enhanced storage (reservoirs and increased reservoir capacity). It remains unclear if all of these measures in sum will be enough to fill the growing gap between demand and supply.
So, what does this mean for you? You’re reading this because you are a sportsman, an angler, a hunter, one with a passion for the outdoors. As I’ve written in past columns, private lands in the west steward a big chunk of the resources that sustain the very things we love and cherish. Cold, clean water for trout. Riparian habitat for waterfowl and upland bird broods. If agriculture is ultimately a sacrificial lamb to enable continued municipal growth in the Colorado River Basin, we all stand to lose something more than a place to fish or animals and birds to hunt. We will lose a unique and hard-won American identity. Diverting more of the already over-appropriated Colorado River back across the divide is akin to painting ourselves in an uncomfortable, and compromising, corner.
I hope that you like the idea of places like Colorado, Arizona, Wyoming, New Mexico, and Utah being wild, open, and free—a place where Stetsons and chaps are still functional work wear. A place where big, wild rivers promise the fishing trip of a lifetime, and bugling elk usher in those hopeful days of autumn. This is the West we all treasure, whether we live here, or only get out here a few times during our lives. If there are “low risk” and “no risk” water solutions in front of us, it is high time we act decisively to implement those measures while there is something to be gained.