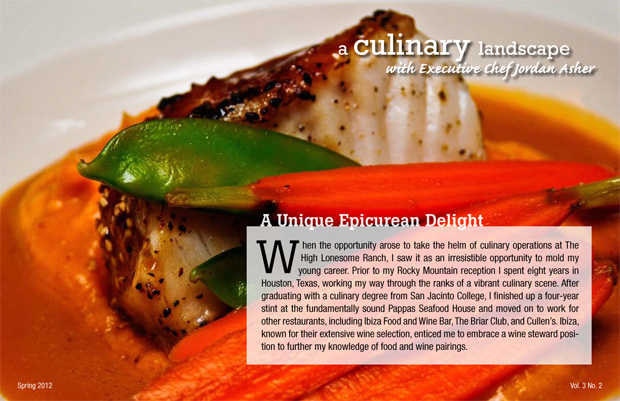 When the opportunity arose to take the helm of culinary operations at The High Lonesome Ranch, I saw it as an irresistible opportunity to mold my young career. Prior to my Rocky Mountain reception I spent eight years in Houston, Texas, working my way through the ranks of a vibrant culinary scene. After graduating with a culinary degree from San Jacinto College, I finished up a four-year stint at the fundamentally sound Pappas Seafood House and moved on to work for other restaurants, including Ibiza Food and Wine Bar, The Briar Club, and Cullen’s. Ibiza, known for their extensive wine selection, enticed me to embrace a wine steward position to further my knowledge of food and wine pairings. 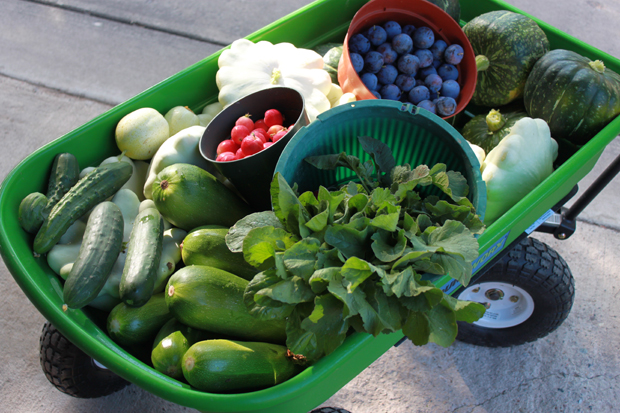 After running my own catering company, A Time To Dine, for over a year, I spent time at one of Houston’s hottest restaurants, Catalan, to develop a sense of Chef Chris Shepherd’s philosophy for farm to table cuisine. Chris has become quite well known for his expert usage of homegrown and locally produced ingredients. During the ranch’s off-season, I have been fortunate enough to stage in restaurants such as Jean Georges in New York, Mercat in Chicago, and The Urban Farmer and Departure of the Nines Hotel in Portland. As the ranch is well off the beaten path, I feel the need to continue working in top restaurants around the country to stay aligned with modern techniques and trends that we will ultimately make for a unique, modern ranch cuisine. 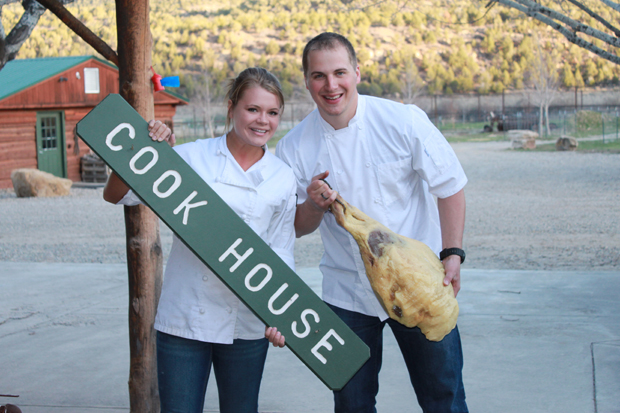 Since my arrival at The High Lonesome Ranch I have been accompanied by another Houstonian chef to help bring my plethora of goals to life. Veronica Rademacher attended Culinary Institute LeNotre in Houston Texas, graduating at the top of her class and then completing an extensive six-month internship at Houston’s Au Petit Paris. Veronica was then sought after to join the crew at Ibiza Food and Wine Bar where she quickly earned the position of sous-chef. After two years of grinding in one of Houston’s busiest kitchens, Veronica yearned for something more diverse. Since joining the ranch she has taken time to stage at Barley Swine in Austin, Texas, under James Beard Award-winning Chef Bryce Gilmore; at Fluff Bake Bar in Houston, Texas, under Top Chef: Just Desserts contestant Rebecca Mason; and at Uchiko, also in Austin, under Phillip Speer and season nine’s Top Chef winner Paul Qui. Veronica’s ambition includes being equally skilled in pastry, as she naturally is talented with savory cooking. After working under two of America’s top pastry chefs, her ability to create refined desserts that pair seasonal ingredients with modern techniques is a great addition to our culinary repertoire. 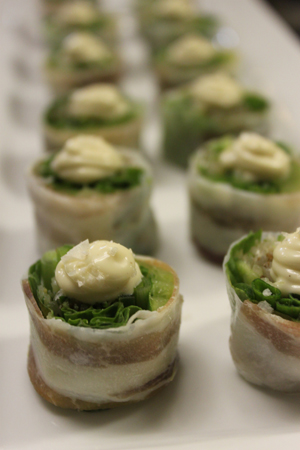 What makes The High Lonesome Ranch so unique is the sheer number of products that can be sourced without having to leave the gates of the ranch.

Thanks to a top-notch ranching team headed by Jason and Susan Lynch, we raise our own natural Black Angus cattle. We have over 300 head and I can only imagine how happy each and every one of them is to have such a beautiful, spacious landscape to graze. We finish them on grain for a few weeks before slaughter to achieve the intricate marbling our steaks always possess. Unlike many chefs, we have the pleasure to know exactly where the beef we prepare comes from, scarcely more than a stone’s throw and a few steps down the road. We have implemented a dry-aging system for the rib and strip loins that ensure a delectable piece of meat. Most loins are aged for an average of 35 days, but if you arrive at just the right time, you may be served with the 50-day steak. You lucky dog!

A short walk from the kitchen is our beautiful garden that has been under the tutelage of a very knowledgeable, skilled gardener, Althea Mowerson. In the midst of the growing season, we plan our menus around what is being plucked from the soil and vines—heirloom tomatoes, okra, and kohlrabi are a few ingredients we love to use. A generous state-of-the-art greenhouse sits adjacent to the garden and is a source for a myriad of produce throughout the year. I know—we’re spoiled! While scoping out the garden you can’t help but notice the large chicken coop housing around eight hens. They produce some of the tastiest eggs you’ll ever eat, and we like to prepare them simply fried with a few garnishes from the garden, such as baby arugula, green peas, and black Spanish radish, with a touch of sea salt.

Amy, who is at the helm of the High Lonesome equestrian program, also raises the ranch’s goats. I look forward to her daily arrival with a fresh harvest of goat’s milk. After churning so many batches of ice cream, we decided to delve into the craft of cheese making to utilize the milk in a different way. Wendy Mitchell, the enthused owner of Avalanche Cheese Company in Basalt, Colorado, was kind enough to allow Veronica and I to intern at her creamery. They produce five types of tremendously good cheese with milk sourced from a herd of 200 goats stationed on their own farm in Paonia, Colorado. I truly admire the people that work there, very passionate to say the least. Leaving Avalanche with an immense amount of information and, of course, a wedge of their 1-year-aged Bandaged Cheddar in our back pocket, we felt adept in presenting a new addition to the High Lonesome dining room table: a slice or three of house-made cheese. At present, our cheese board hosts Saint Maure, feta, and chevre, and unfortunately we have to wait four more months for the cheddar to ripen, but it is well worth the wait! 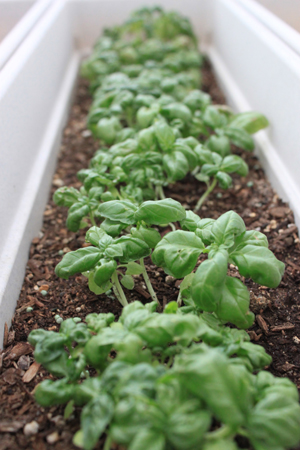 Springtime is a splendid time to be on the ranch. I suppose some folks may beg to differ due to the very muddy roads caused by the melting snow. Either way, I see beauty in it. During this time we begin the planting process, local lambs become available, and lighter dishes can be created for a fresh touch coming out of the winter braising season. Most of all, we look forward to spring for the wild asparagus, which grow throughout High Lonesome’s vast fields. Veronica and I gather as much of this asparagus as possible during the two-month season. Unlike store-bought asparagus, to which these simply cannot be compared, wild asparagus is sweet and tender and actually tastes best when raw. Be sure to look out for Aunt Linda’s wild asparagus breakfast quiche. Who is Aunt Linda? You must not have heard the stories!

Aunt Linda is a bona fide legend at the ranch—a true veteran of the game, if you will. She is the legacy of the High Lonesome’s culinary operation. Our General Manager Scott Stewart says it best: “Aunt Linda is Paula Dean’s big sister on steroids!” Get the picture? She will enlighten you with stories from her 16 years with the ranch and will not shy away from telling you how things have evolved. Every morning at the breakfast table you are greeted with not only her southern hospitality but also her scratch-made, love-filled, home-style food. The most renowned offerings include her organic granola, yeast biscuits, seasonal fruit preserves, pancakes, Danish pastry, and French toast made from homemade brioche. Needless to say, she is a special piece of the Ranch that will never be replaced.

Since The High Lonesome Ranch is a guided hunting ranch, we often have an opportunity to cook the harvest. Pheasant is by far the most frequently requested game meat to be prepared. A favorite dish as of lately is a Rustic White Bean Soup with Pheasant Quenelles, Bacon, and Watercress. You might also taste another ranch favorite, sliced Pheasant Sausage on Petite Yeast Biscuits with Chile-Apple butter. Needless to say, preparing a wild game bird straight from the field is fresh as fresh gets, and we love that!

If we aren’t cooking High Lonesome-sourced meats, we do not have to travel far—just past the ranch gates, actually—for natural pasture-raised pigs and lambs. We also purchase animals at the annual 4-H auction, which are raised by local, dedicated youth. We make it a point to buy the champion animals whenever possible. We do this not only to support the winners, but also to contribute a large amount to an organization that brings up the next generation of local meat growers. We like to buy from small farm growers and stay away from commercial meat producers as much as possible. 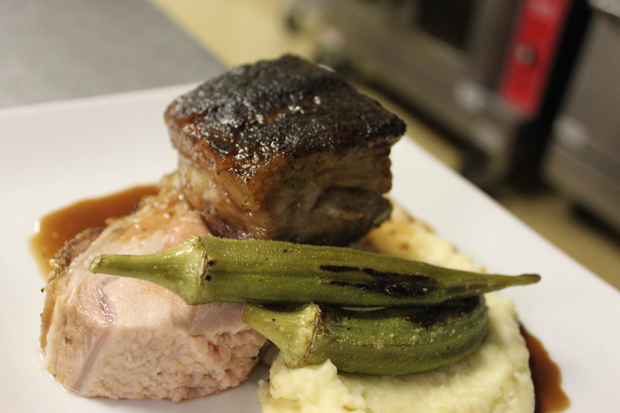 Curing our fresh meats is a project we’ve undertaken to help attain our goal of an artisan-style kitchen. Heck, we grow our own produce and make our own bread, cheese, and beer, so why not cure our own meats? Charcuterie was considered a lost craft until recent years—trends in the industry focused more light upon this Old World preserving process. We’ve converted an 8′ x 5′ walk-in cooler to a curing locker. With a turn of the thermostat to 55° F and the addition of a water pail to cause the humidity to hover around 70%, we have the perfect conditions for drying our various meats. We are particularly fond of curing local pork and lamb in this way, since the use of high quality meat is of major importance due to the concentration of flavor that derives from drying it. While you are sipping your pre-dinner beverage of choice, we will often present you with a butcher block chock-full of paper-thin slices of prosciutto, and lamb loin, along with a variety of sausages served simply with toast, some great mustard, and house-made pickles. It will do in a pinch!

The farm-to-table movement has been a strong one, to say the least, and we believe everyone should play a role in supporting local growers whenever possible. Most small farms have shut their gates due to large commercial growers taking over the industry. And not just American commercial growers, either, since most of our supermarket produce comes from Mexico and even South America. Who knows how it is grown, or by whom? We should all be good stewards of our neighboring farmers and buy local, since the ingredients are always grown with passion and not just with any eye for mass production. Most towns have a local farmers’ market at least once a week. Even in the metropolis you can find a farmers’ market somewhere these days, just ask around.

Being at the ranch has inspired us to cook differently. We put more thought into the ingredients that we use and always utilize what is in season. Seasonal cooking is inspirational and natural. Just look around and see what’s going on.

To read more great articles like this one visit www.thecontemporarysportsman.com