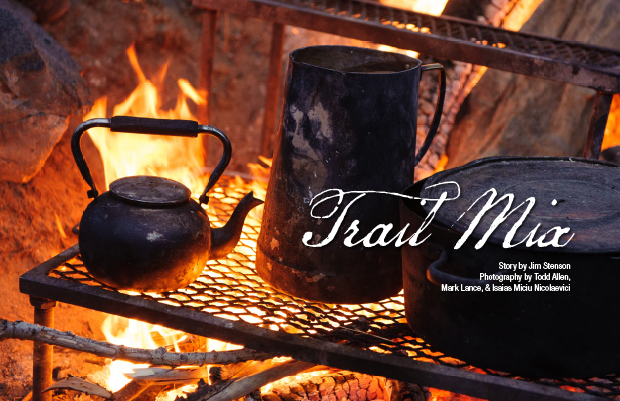 It seems to me the older we get the more time we spend reminiscing about better days gone by, and I am certainly not immune. Perhaps those of us who love the outdoors are even more notorious for this than other old geezers. I grew up camping along the coast of Florida at least two or three times a month in the cooler months, those that pass for winter in South Florida. I will certainly tell whoever is unfortunate enough to be around to listen, how much the land and fauna have changed usually not for the better. Here, however, I’d like to reminisce on the part of the good old days which might just possibly have changed for the better considering your point of view. 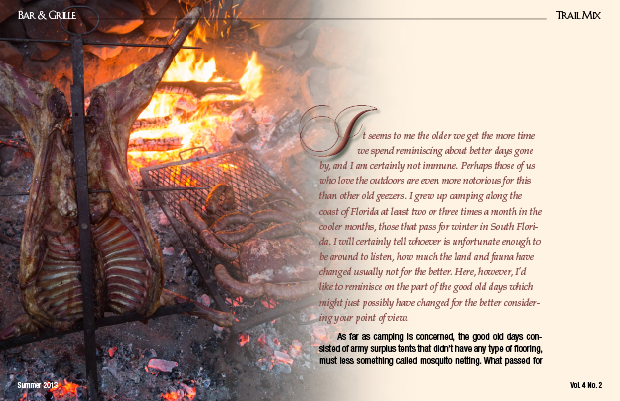 As far as camping is concerned, the good old days consisted of army surplus tents that didn’t have any type of flooring, must less something called mosquito netting. What passed for waterproofing came in a can. Copious amounts of that disgusting slime had to be applied to the outside of the tent using a paint brush usually in the backyard preferably as far from the house as possible. The tents were dark green and in the daytime felt like microwave ovens. On the other hand, the food was gourmet. For the most part it consisted of soda, white bread, peanut butter (sometimes with jelly), canned chili (always eaten cold out the can), eggs, bacon, Fritos, chips and cans of Crisco for the fish—basically anything we could beg, borrow or steal from home. It may not sound like much but, for the most part, we loved it. 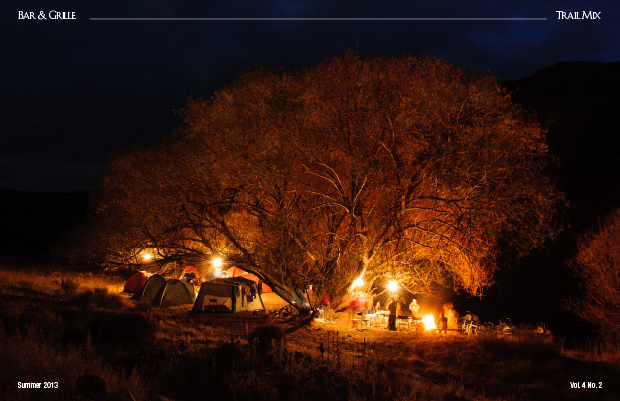 Fast forward thirty years or so and it’s difficult to recognize what passes for camping during my travels today. Thanks to some good luck, wonderful friends and an understanding wife, I have spent a considerable amount of time traveling throughout the world. The last few years, I have been fortunate enough to travel extensively throughout Patagonia chasing some of the largest brown trout on the planet. The trips normally last anywhere from seventeen to twenty-one days, depending on how much time we spend in Buenos Aires―where we most definitely do not camp. Instead, we normally spend two or three days at the Miravida Soho, taking in all the sites and eating and drinking our way through the art district. Argentina is famous for many things, but if I had to create a top ten list, I would start with, beef, wine, pizza, and ice cream. The Palmero Soho district of Buenos Aires has some of the best steak houses on the planet, not to mention the local mom and pop pizza joints and one should never pass up the local ice cream stands. 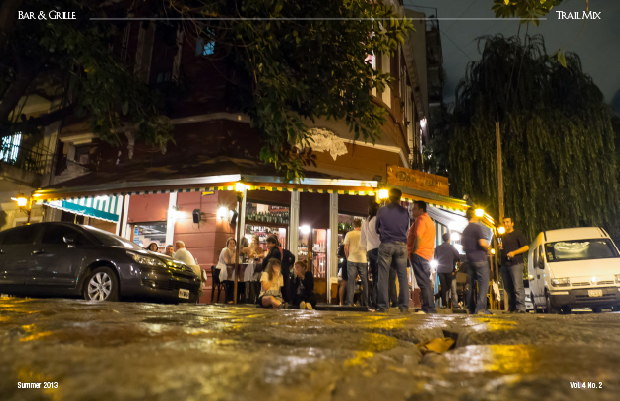 The first few times I visited Patagonia I stayed at rather high-end lodges where the accommodations and culinary experience had few rivals. In fact, the lodge itself was the highlight of the trip, the food was outstanding, and of course, the Malbec flowed with impunity. The fishing on the other hand―well let us just say at the time I thought it was good, but nothing I could not have duplicated in Montana. 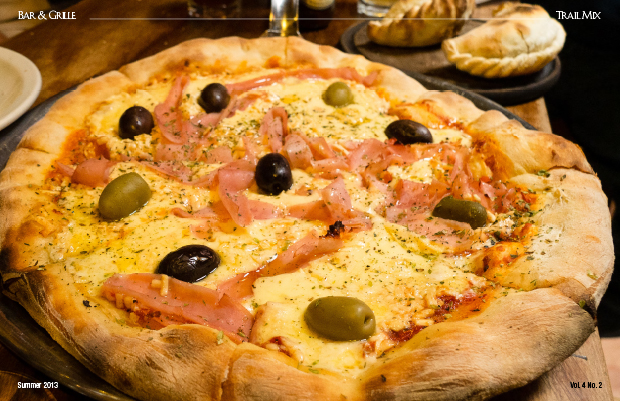