Letter from the Publisher: A Passion for Pancakes by Jim Stenson

If you do something long enough, in my case fly-fishing, you are bound to sooner or later consider yourself an expert not only in the activity itself, but in all things that are connected with it—even if the connection may appear tenuous at best to the general public. I, for instance, consider good food, especially a good wholesome breakfast after a long morning on the water, as an integral part of the fishing experience. As it also happens, breakfast is my favorite meal of the day. The conclusion is obvious, I must be one of the world’s leading experts on breakfast. Given this inescapable fact, I am sure the general readership of this fine publication can hardly believe its luck that I am willing to part with my invaluable insight in the most important post-fishing breakfast option—pancakes. 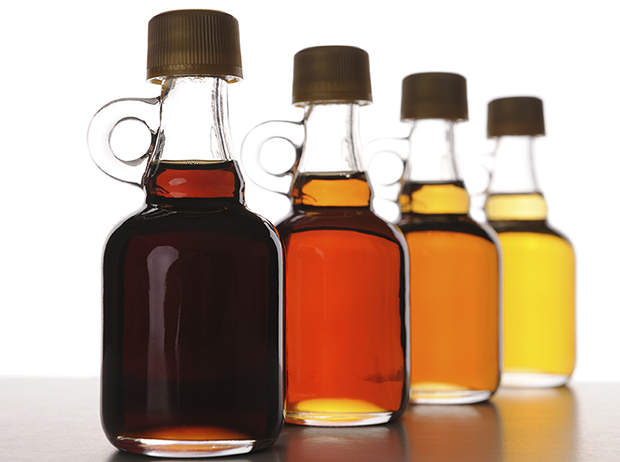 Over the last forty-five years or so, I have had the privilege to sample pancakes in countries throughout the world. Incredibly, in some countries I encountered cooks who had no idea what American style pancakes were, must less how to make them. I am proud to say that I was able to rectify this deplorable situation wherever I could—making the world a better place, one griddle at a time.
Regardless of where in the world I am, several things really annoy me about ordering pancakes in restaurants. For one thing, pancakes need to be served hot—not warm and certainly not cold. Also, the butter should be kept at room temperature; who wants a rock-hard puck that shreds rather than coats the pancake? The syrup also needs to be kept warm or hot. Far too often, my hopes for a sumptuous breakfast are dashed by a plate of lukewarm pancakes sprinkled with butter that will not melt and drenched in syrup that acts like an icy blanket.
Finally, the way in which the pancakes themselves are prepared are often enough to lead the poor expectant connoisseur to tears. Some may wonder what there could possibly be to know about making pancakes. After all, the ingredients are simple and generally much the same between all the different variation of pancakes known to man. The salient point is that the outcome is based on the preparation and cooking technique as much as the ingredients. Let’s start from the beginning. In my humble opinion, they are only two ways to cook a fantastic pancake: one is in a cast iron skillet and the other is on a griddle. The cast iron skillet works well at home and in the field—because it is made of cast iron and it is relatively thick—it retains the heat well and thus it remains constant through out the cooking process, which is rather important. The electric griddle works well at home, but has, of course, very little value in the field unless you have an electric generator in which case you might be stretching the concept of camping and roughing it just at trifle.
Let’s commence with a few general truths. The perfect pancake needs to be cooked on something that stays uniformly hot, then topped with a fine dark amber maple syrup—preferably from Vermont and harvested using the traditional methods of a spike and sheet metal buckets to collect the sap. Now on to the texture, which is where arguments usually start; options are thick, thin, fluffy, dense, light, dark. Everyone has their favorites and far be it from me to insult anyone, but for the sake of argument, let’s just say we are talking American style pancakes here and not those thin little things the French call crêpes.
Size is another topic of contention that can get people all red-faced with indignation. Personally, I like large (plate size) thin, dark pancakes that are soft on the inside but firm on the outside. What I do not like are pancakes that soak up the syrup—if I wanted to eat a sponge, I would order that instead of pancakes. When I look down on my pancakes, I want to see syrup on my plate not a bunch of soggy pancakes.
Given that so few people who serve pancakes seem to be able to produce delectable golden disk of the above description, let me point out the essential steps involved. First, one needs a fluffy but thin batter. Next, one must set the griddle to the highest setting. Finally, the cooking process needs to be quick. It is also incumbent that one is willing to part with the first few attempts. Normally, the first set of pancakes is trashed. So one needs to make extra batter—fortunately, we are not talking T-bones here—throwing a few pancakes in the trash is not going to break the bank. 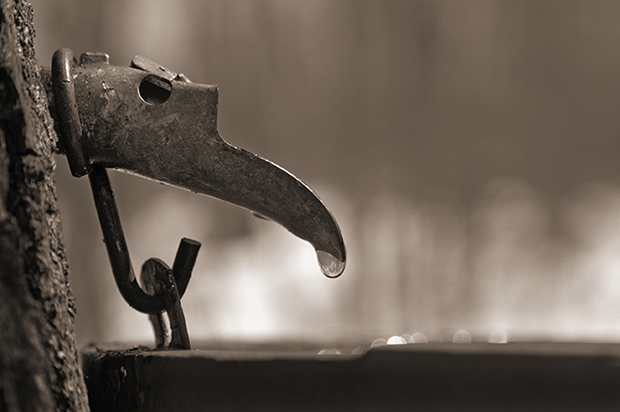 The trick is to cook the outside fast on both sides without destroying the middle of the pancake. Traditionally the rule of thumb is to wait for the batter to start bubbling and then flip the pancake. Most people take this a little too seriously and wait until there are bubbles everywhere before they start to turn the pancakes. Given that the goal is to make rather thin pancakes using a very wet batter, the pancake needs to be turned quickly. Pancakes are delicate and can be overcooked just like anything else. No one likes tough pancakes. In some ways, it’s like cooking steak using the Pittsburgh method—using a screaming hot pan to sear the steak on both sides until the out side is charred and the middle is rare.
At the conclusion of this important discourse, let me describe what the perfect pancake topping. At one time not too long ago—that is if you lived outside of New England and Quebec—your only choice of syrup was something akin to Miss Butterworth or Log Cabin—serviceable, of course, but not very memorable. Today we live in a “foodie” world and gourmet markets where fine maple syrups of multiple grades such as light amber, medium amber, and the ever so expensive dark amber are sold. The difference is the time and energy that went into refining, i.e., reducing the syrup before it was bottled. The longer the syrup is reduced the darker the color and the richer the flavor. It takes a tremendous amount of maple sap to actually make maple syrup and the darker the syrup the more sap is needed to produce a viable amount for the markets—hence the reason it’s so expensive. Still, I, for one, believe that it is worth splurging on syrup given that pancakes themselves are a rather economical food option.
For those of you who share my pancake passion, let me tell you about a few places I have found that do, indeed, serve the perfect pancake. Sadly, such epicurean gems are rare and difficult to find. Interestingly enough, the two best places I have ever discovered are bars that happen to serve breakfast. One is outside of Glacier National Park. It is a bit of a notorious biker bar. I am not sure the wife would appreciate it if I took her therefore a nice brunch one Sunday morning. However, for me, the ambiance is part of the charm. The other Nirvana-like pancake destination is a little hole in the wall bar that catered to commercial fishermen in a little town called Matlacha on the west coast of Florida. Sadly, it is no longer there. My best advice is stay out of chain restaurants that specialize in pancakes. You know the ones I mean.