Black Magic: The Ancient Powder with an Attraction all its own: By Terry Wieland 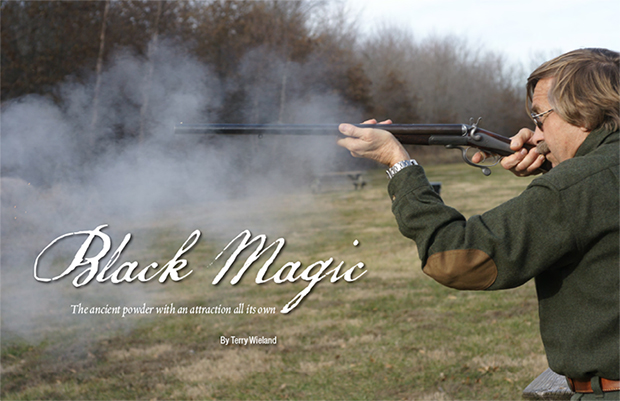 As a man-made substance, charcoal may well claim to be the oldest, as well as one of the most versatile, in human history. Like fire itself, the discovery of charcoal was probably accidental, but from that point tens of thousands of years ago, people have found one use for it after another. 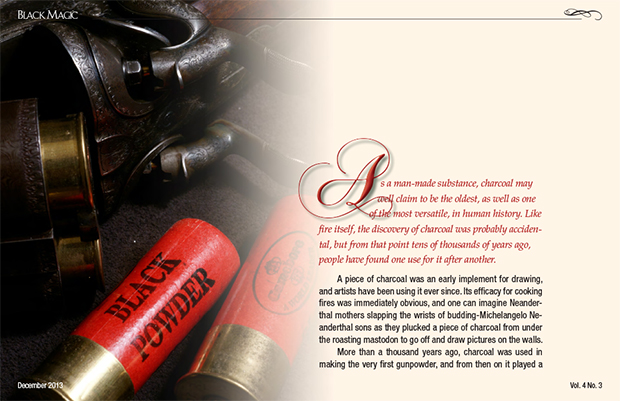 A piece of charcoal was an early implement for drawing, and artists have been using it ever since. Its efficacy for cooking fires was immediately obvious, and one can imagine Neanderthal mothers slapping the wrists of budding-Michelangelo Neanderthal sons as they plucked a piece of charcoal from under the roasting mastodon to go off and draw pictures on the walls. 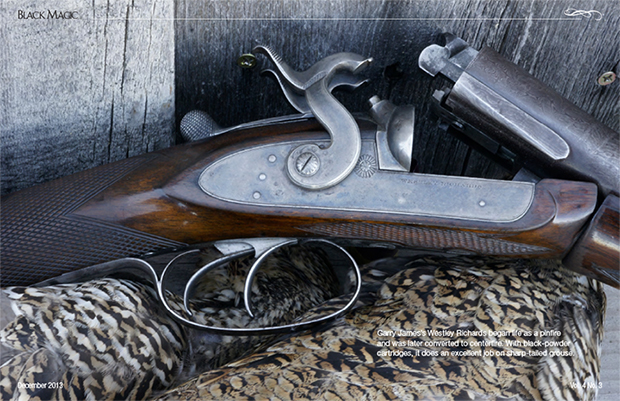 More than a thousand years ago, charcoal was used in making the very first gunpowder, and from then on it played a part in every aspect of eating: Shooting the beast, cooking it, and commemorating the event in pictures.
In recent history, charcoal records two oddly similar developments. As a propellant for firearms, black powder fell into disuse, replaced by smokeless. And as a cooking fuel, charcoal grills have been displaced by gas. In both cases, the replacements’ virtues were cleanliness and more intense heat. Also in both cases, however, charcoal has made a modest comeback. In the first, it improves flavor and aroma, and in the second, it adds to the experience of shooting. 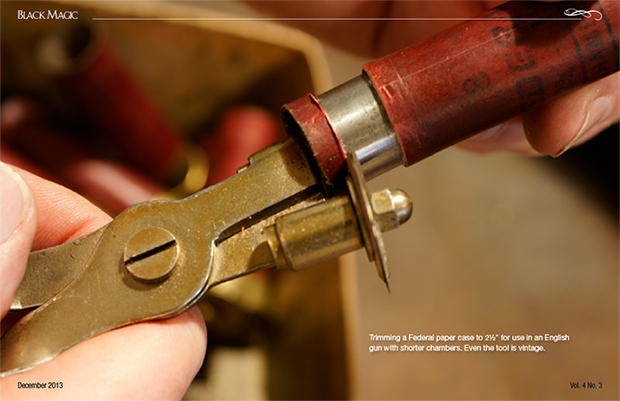